Get a look at the massive skatepark built for the Tokyo Olympics! 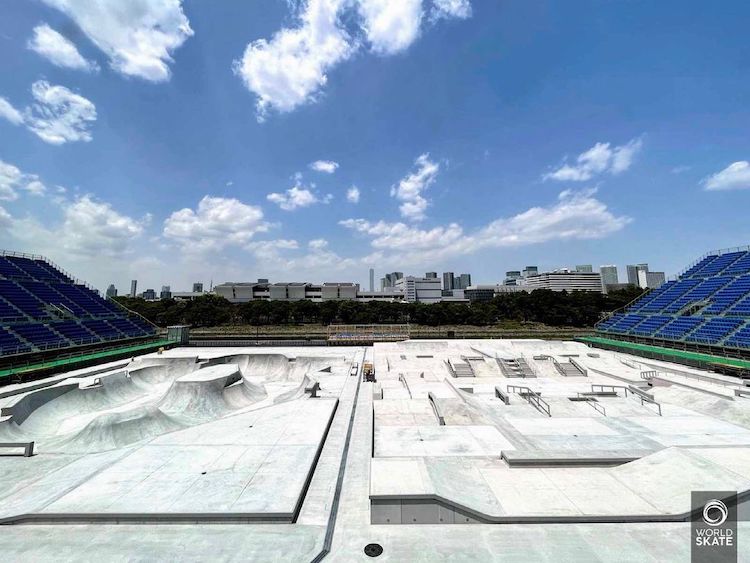 The Tokyo Olympics are getting ready to go down finally after a full year delay, and we’ve been waiting to see what the course is going to look like. Obviously being the Olympics, we’ve been expecting something insane, and it looks like we finally get a look at what was built! @WorldSkateSB on Instagram posted up a bunch of photos giving a detailed look at the park that was built for what we’re assuming is just the skateboard side of things. There’s a big bowl section on the one side, and then a massive street plaza on the other.

Since BMX is only sending park riders this time around, we’re wondering if there’s a separate park being built for the Freestyle BMX contest, or if it’s going to be in the bowl side. All of the UCI qualifiers were on ramps built for BMX, so that is why it makes us think this might be skate only and photos of the BMX park haven’t popped up yet. We’re definitely digging around to see if that’s the case since it would be really weird to go from the ramps they used in all of the qualifier events to a bowl contest.

Either way, the course reminds us a lot of what the X Games tend to put together in past years, but on a larger scale, with a bowl and separate plaza. It will be interesting to see if this gets left behind after the Olympics are over for the locals to enjoy, or if it will get demolished and cleared out!

You can check out more photos below, or head over to @WorldSkateSB for more detailed photos. You can also check out detailed drawings over on the California Skateparks website as well. 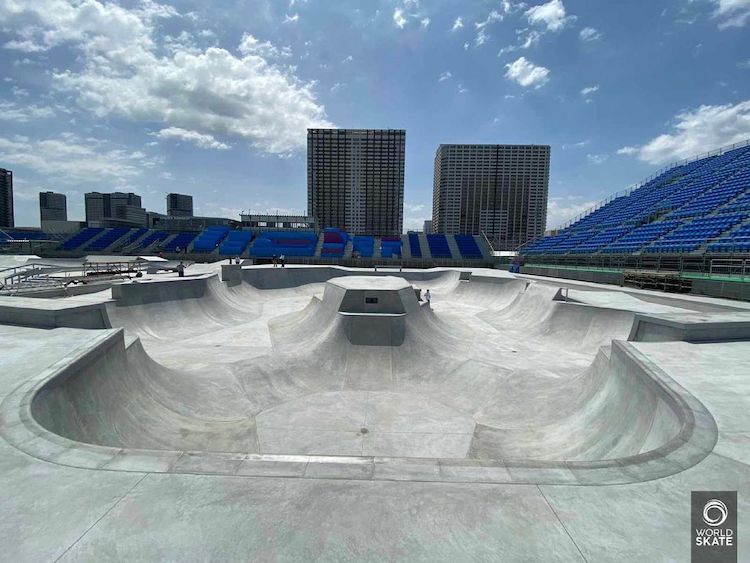 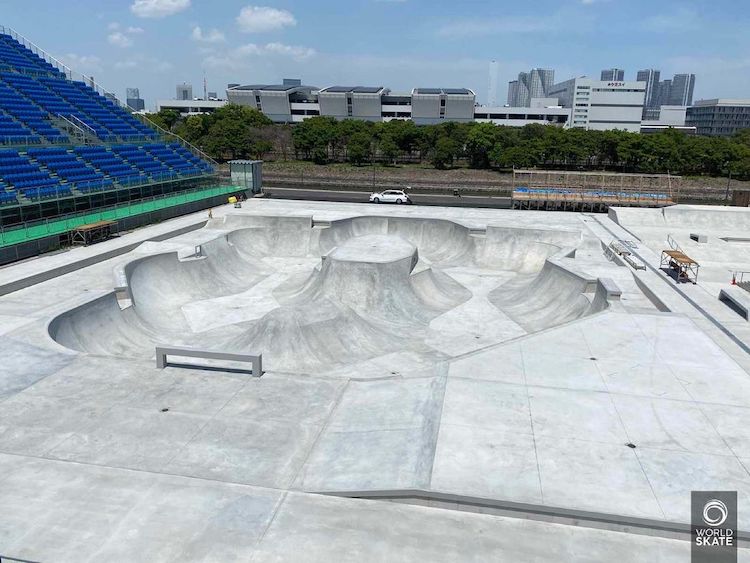 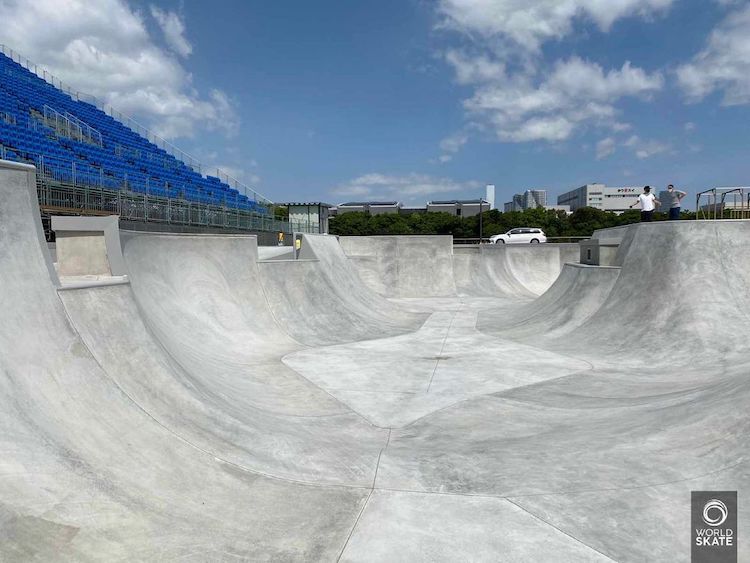 Check out more photos on the @WorldSkateSB on Instagram.

What do you think of the park that was built? Are you into it? Not into it? Let us know what you think in the comments below!